WHAT HAPPENED TO COLE?

​The truth behind the crash...

I've learned that you don't sweat the small stuff. Messy room? Doesn't matter much now. Not taking the trash out? Doesn't mean too much anymore. Telling me he loves me? Means the world to me. Giving me hugs and spending time in conversation? Those moments mean more than you'll ever know.

Cherish the small things. Take time to make converstaion, simply, silly, real and intentional conversation. Tell your children you love them, not only tell them, SHOW THEM. Not with gifts, with your time. Hug them. Kiss them. Tell them goodnight. Every day. Because at the end of the day, nothing much matters except how well did you love and how much did you give. 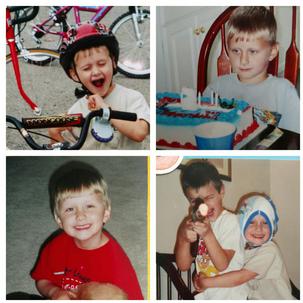 From the moment Cole was born, Blake loved him with all his heart. They grew up not only as brothers, but best friends. Blake was the calm stability that helped Cole keep his feet on the ground. Blake guided him, mentored him and loved him as a brother and a best friend. Blake is the most loving, caring and giving brother Cole could have ever wished for. He has an amazing spirit, a giving heart, and a smile that lights up a room. Blake is my rock, he is my "go to" guy, he is the sunshine in my day, and he is forever, the best big brother in the world. 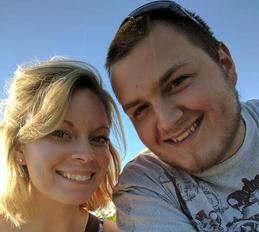 I remember being pregnant with Cole; he was full of life, full of energy, always on the move, even in my belly. He was born weighing 9lbs 14oz and was 23 1/2 inches long. Cole never wore newborn clothes, he was too big! He came home to the best big brother in the world who loved him with all of his heart from the time he first held him in his arms. Cole walked at nine months, talked in sentences by his first birthday, and knew how to use a hammer and wrench at 14 months. (he loosened the water pipe under the kitchen sink when he was 14 months old). He climbed inside the washing machine, inside the oven, on the outside of the staircase, laid a hot curling iron on his neck, ate a poisonous plant, had stitches several times, and broke his first bone all by the time he was six years old. He kept me on my toes... 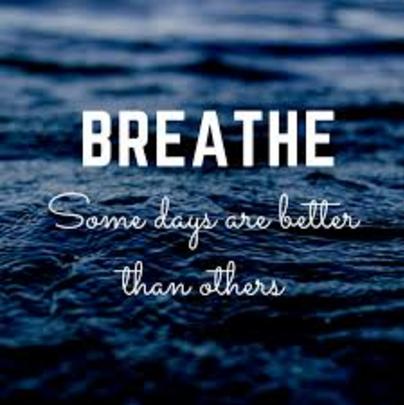 Some days I get angry. Most days I am just sad. Some days I find it hard knowing that I actually "woke up" and he is still gone. But some days.....some days I smile. Some days I laugh. And every day, I remember. I smile at all the amazing times I shared with my son, all the wonderful memories that we have of Cole as a family. I laugh. I laugh because Cole was the funniest kid we ever knew. His sense of humor was sparked when he was a toddler and just got funnier as he grew older. He could have you laughing so hard your belly hurt and tears rolled down your cheeks. I remember. I remember his smile. I remember his eyes. I remember every conversation we had in his truck while making all those trips to the doctor and hospital when he broke his back. I remember him giving his only $5 he had on him to a lady in a thrift store. I remember him begging me to bring him dinner at work because he was starving. I remember hearing his truck or the four wheeler fire up in the garage. I remember all the mud on the floor when he would walk through the house with his boots on. I remember all the love in his heart. I remember his bear hugs and his "Goodnight mom, I love you". I remember Cole's spirit. That's what keeps me going when I wake up. 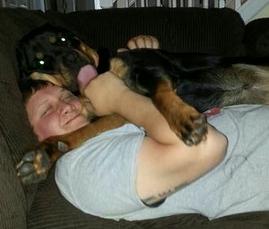 COLE WAS BORN "ON THE MOVE"

Cole was killed in a horrific crash when another driver failed to yield and pulled out in front of him. (read below for the truth about what really happened that day). October 21, 2014 was the day that began the most painful, soul crippling journey that my family as ever faced. But together, with God, we walk this journey every day and vow to carry on his legacy...until my last breath here on earth.

We always knew that Cole had a huge heart, he was a huge kid with the hands the size of lunchboxes. But we didn't realize just how many people he was sharing his heart with and how he used his time on earth to give others HOPE. The day after Cole was killed, we began receiving cards, letters, messages, posts and visits from teens all over Jefferson County who shared the same story about my son....a story of courage, of friendship and a story of HOPE. Three students gave testimony to the fact that it was Cole who had given them a reason to live, when they wanted to die. It was Cole who wasn't just their "best friend", but the "best friend they'd ever had".

Cole's quick wit and sense of humor would have you laughing so hard your belly hurt and your eyes filled with tears. His bear hugs could bring a sense of peace and safety, and his smile would warm anyone's heart. He lived to make others laugh, smile and enjoy life. He lived his life to the fullest, loved nature and would always choose to be outdoors instead of in. My son is my hero, my guardian angel and he and his brother are the love of my life. You can read more about Cole on my blog.